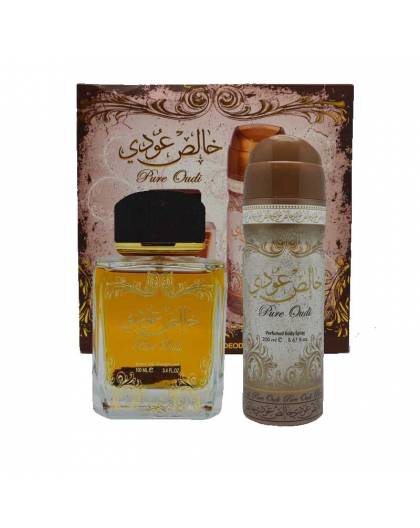 The Khalis oudi box is made for you! Indeed, composed of
"Khalis Oudi" perfume, and its deodorant of the same scent, embark directly
for a trip to the Middle East!

The Khalis oudi box is made for you! Indeed, composed of
"Khalis Oudi" perfume, and its deodorant of the same scent, embark directly
for a trip to the Middle East! Its fragrance is a clever blend of oriental notes,
with sweet touches. But the main smell of this box is that of the majestic and
irresistible oud!

Let yourself be tempted by this unisex box that is both character and woody. You will be spellbound
by the pure and creamy scent of oud.

The Khalis Oudi box set: the character of the Orient

Composed of the perfume "Khalis Oudi" of 100ml, contained in a bottle with the allures
refined, with its oud shavings. But also a deodorant spray of 25ml, whose
scents are matched.

The Khalis Oudi box is a concentrate of oud wood. In this respect, this black gold is a
essential for oriental perfumery! At the same time warm, woody and spicy, its fragrance
is powerful and smooth.

A Khalis Oudi box set that will delight your senses!

The box has woody and creamy top notes. Thanks to the delicate marriage of spices
sweet cinnamon and nutmeg, with an oud wood character.
In the second place, we are transported by the floral heart notes by jasmine and
lightly wooded by sandalwood.

Finally, the base note is very warm and powerful. Indeed, the alloy of powerful musk
black with warm amber gives an explosive character. Nevertheless, a subtle touch of
vanilla sweetens and lightens this irresistible scent!

The Khalis oudi box is therefore an essential for oud lovers. His smell
oriental, musky and creamy will captivate you. Whether you are a man or a
woman, Khalis oudi is the box to assert your character!

Then, the heart notes: Jasmine and sandalwood.

And finally, the base notes: black musk, vanilla, guaiac wood, amber and cedar.

The rush towards the Oud ...
At Oud and Musk, we have a category dedicated to our oud-based perfume, under the
name "OUD".

You also have at your disposal "Oud cone incense" to create
an atmosphere in your image at home.

But also the “Oud Cream” for the body.

Reviews about this product

13 other products in the same category 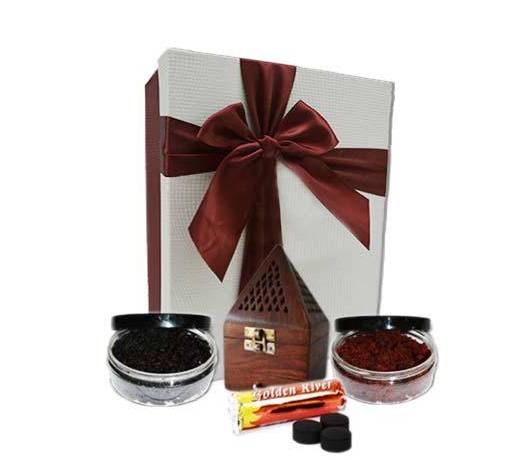 Discover the thiouraye through this complete pack ideal to offer or make you happy. 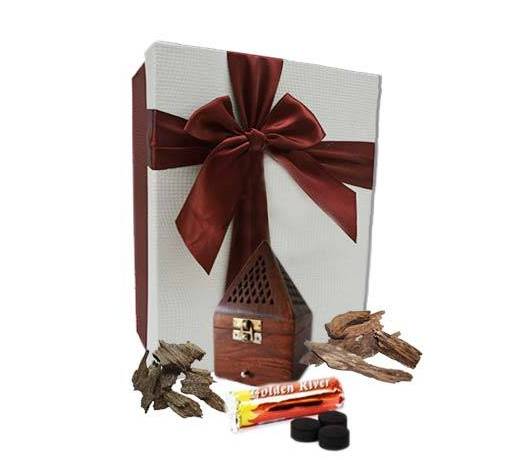 Out
Add to cart More

An oriental pack that will make you discover the agarwood and its different facets. 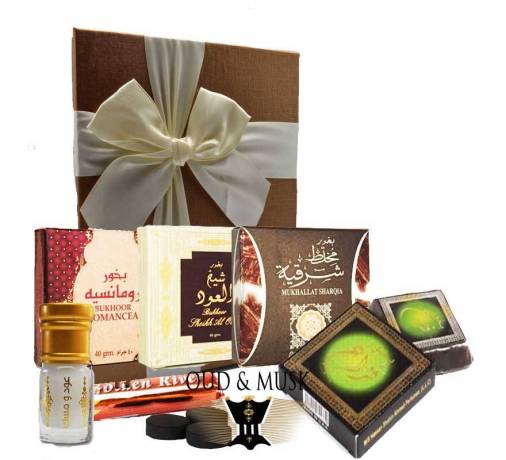 This box has been specially designed to enhance your interiors. 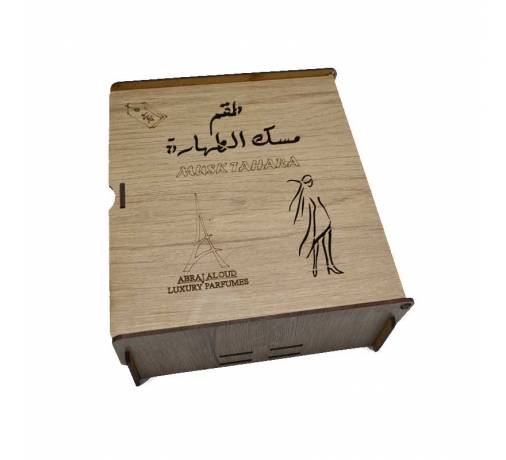 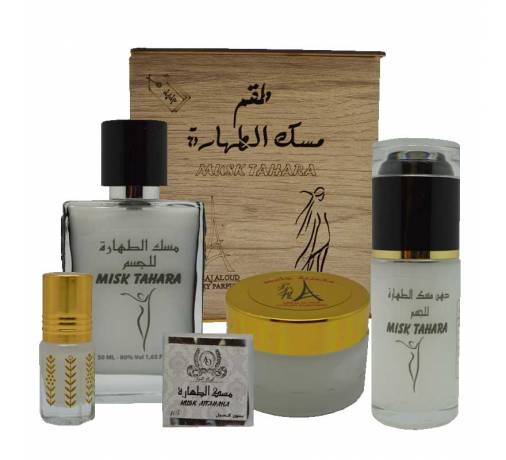 The Musk Tahara box is the perfect gift! Each product contains the delicate and freshsmell of the Tahara musk we love so much! 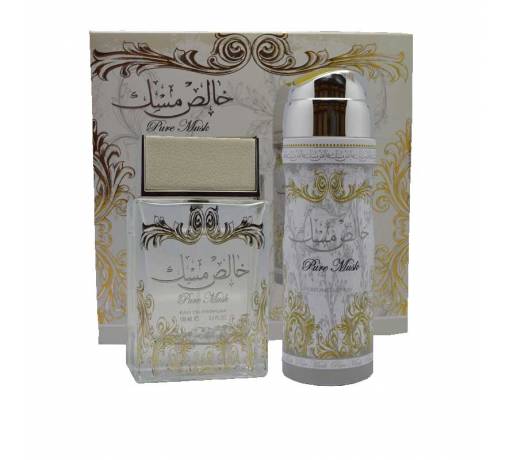 The Khalis Musk box is a concentrate of freshness! Lattafa Perfumes smellsirresistible musk on the way with this gift box or gift set. Its smell both sweet andcharacter, but also its long lasting, are very appreciated by lovers of musk. 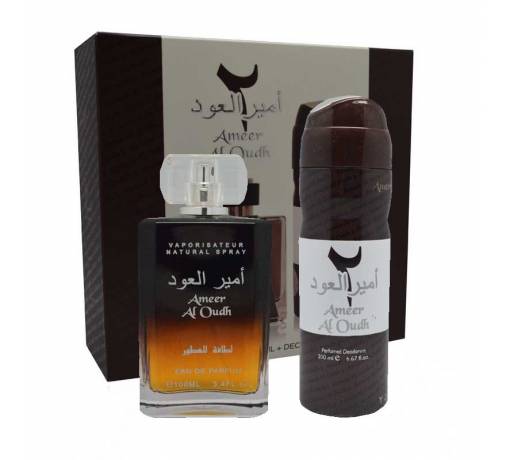 At Oud and Musk, you can find a multitude of oriental fragrances. Butalso boxes to offer or to treat yourself! 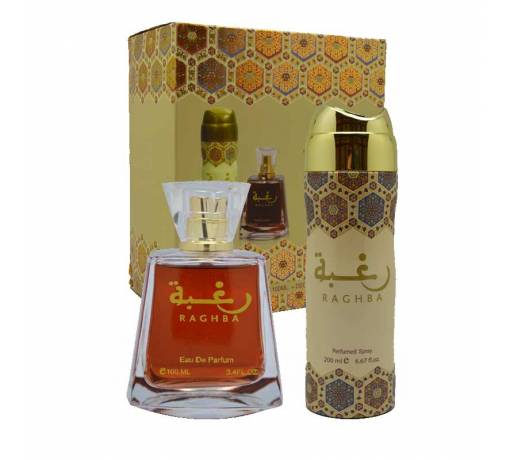 At Oud and Musk, discover the Raghba Box. Composed of a perfume of 100ml with the scent of pure Oud, and its 25ml deodorant spray. 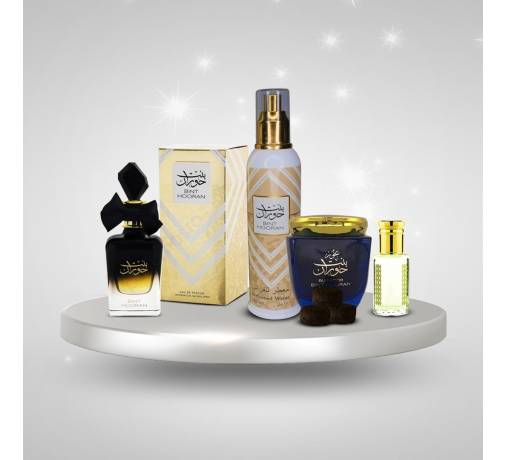 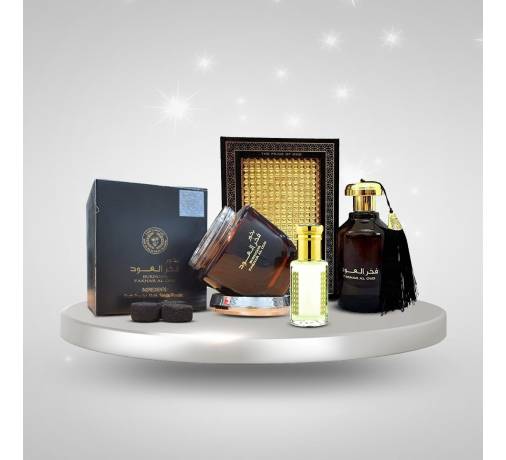 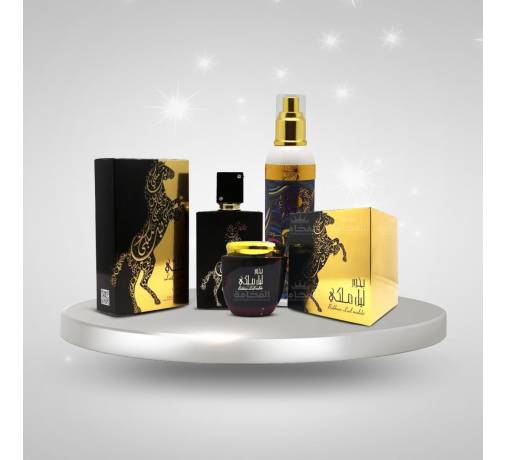 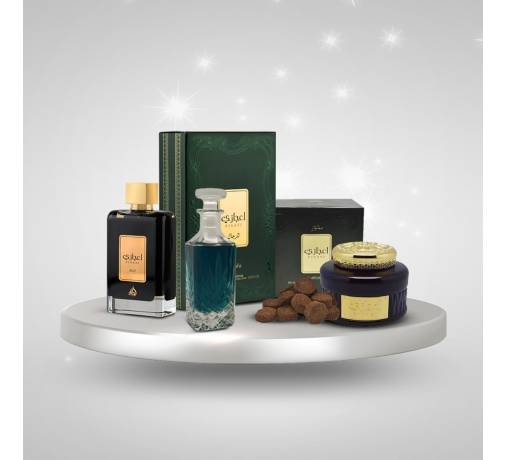 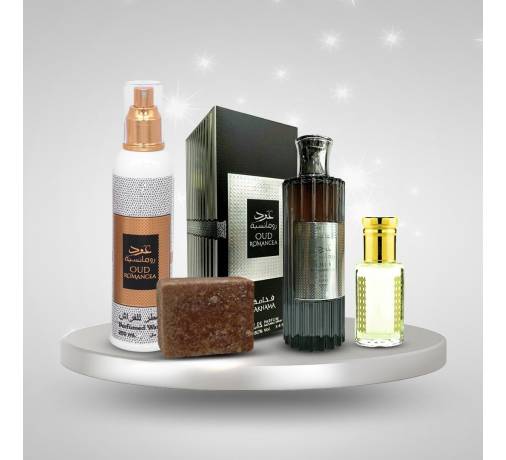 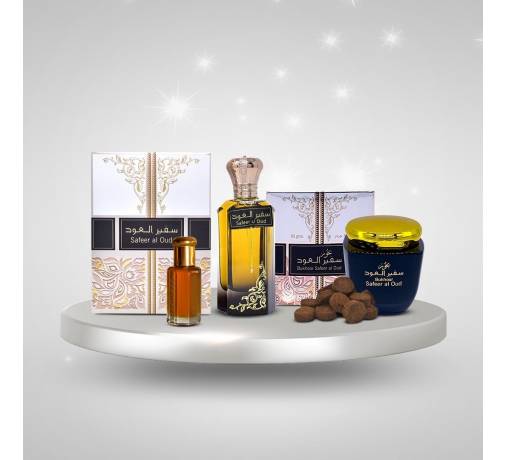